The epic clash between two storied universes returns with Marvel vs. Capcom: Infinite, the next era of the highly revered action-fighting game series. Marvel and Capcom universes collide like never before as iconic characters team up for action-packed player-versus-player combat. Marvel vs. Capcom: Infinite is available now on the PlayStation 4 computer entertainment system, Xbox One, and Windows PC.

Imagined and created through a shared vision between the two companies, Marvel vs. Capcom: Infinite will feature a variety of exciting and accessible single player modes and rich multi-player content for new players and longtime fans alike. In addition to single player Arcade, Training and Mission modes, a visually stunning and immersive cinematic Story Mode will put players at the center of both universes as they battle for survival against a sinister new threat, Ultron Sigma. Marvel vs. Capcom: Infinite is being built to highlight a combination of iconic locations and fan favorite characters from both universes, including Captain Marvel and Iron Man from the Marvel side, and Ryu and Mega Man X from Capcom.

Captain Marvel fans, PlayStation 4 is the only place you’ll be able to don the exclusive Major Carol Danvers Costume! Before she was saving the universe, Carol was an accomplished U.S. Air Force pilot who could often be seen sporting this flashy jacket and shades combo. Scrap in style! 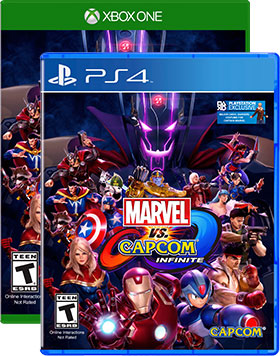 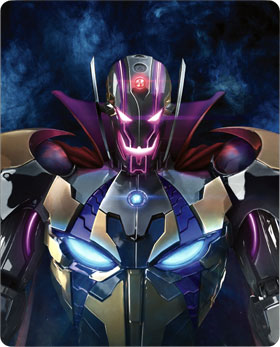 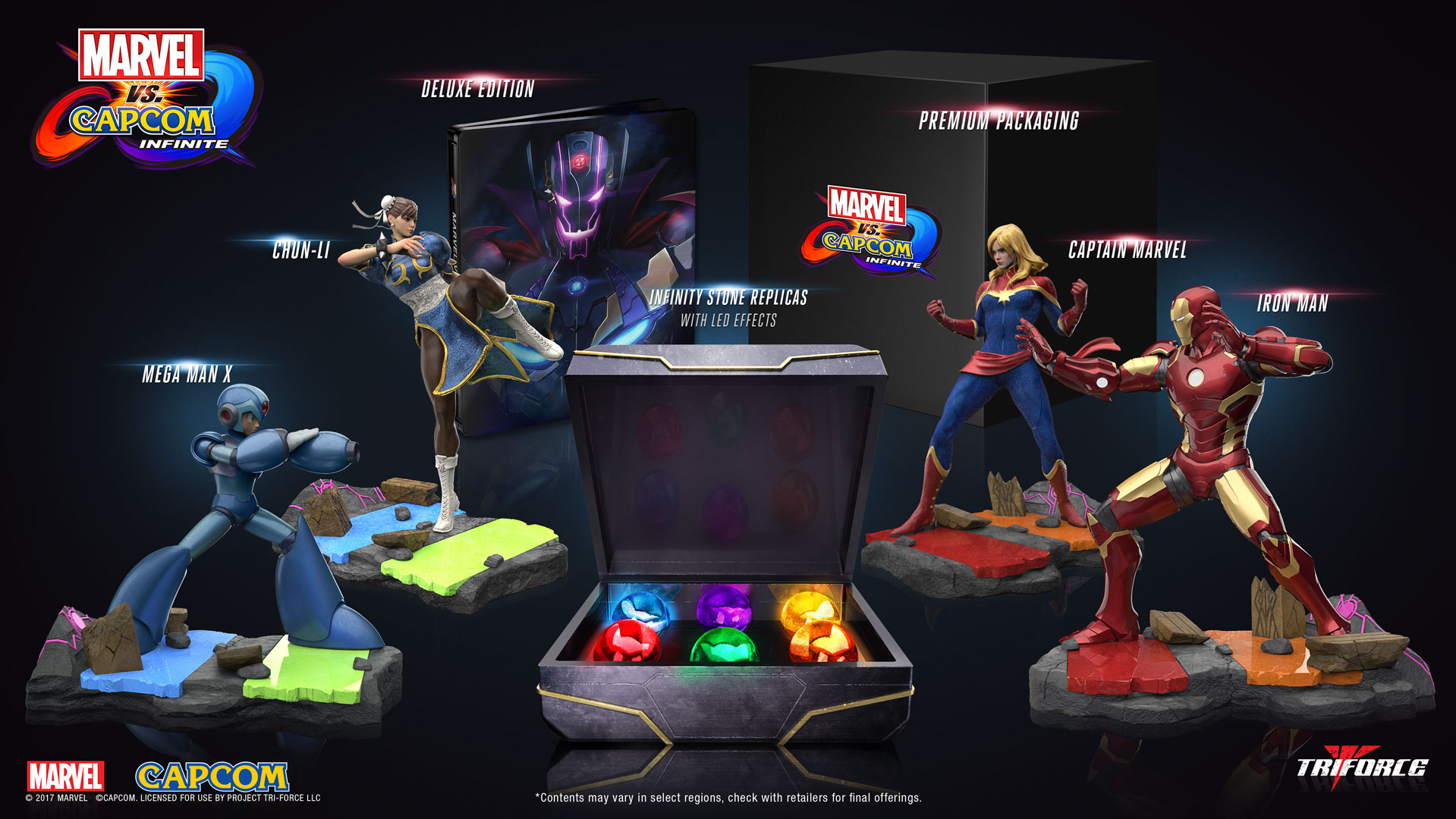 * Contents may vary depending on region and for European pricing please check with retailers.